The title of this project refers and pays tribute to Spike Lee’s commercials for Nike’s Air Jordan. Michael Jordan, absolute icon, plays his own role. It is also a tribute to the title Chief Rocka of the Lords of the Underground.
For this photographic project, I asked sneaker fans to pose with their favorite pair. The shooting was accompanied by a conversation to make them comfortable and to learn more about their love for these shoes.
At the end of the interview, I touched on the theme of fetishism. If the majority has never thought of it, they admit that their passion can sometimes seem out of the ordinary. And if we define fetishism as a cult of something, everyone recognizes it at least a little. 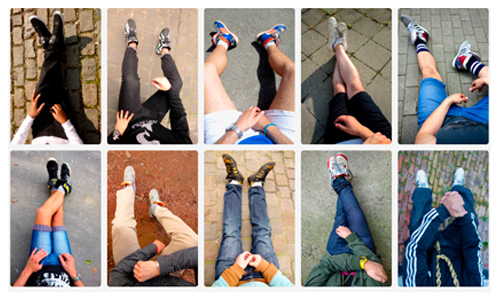 With the lockdown due to the arrival of the Covid 19 virus, I've decided to collect testimonies on the relationship that humans have with their cat; this in order to leave an archive of what they have gone through in their company during this exceptional period.
I've interviewed people via Messenger video and at the end of the conversation, I've done a "virtual photo shooting", giving them directions to pose with their cat and taking live screen captures.
You can see the result on the Facebook page (videos + photos) but also on my YouTube page. 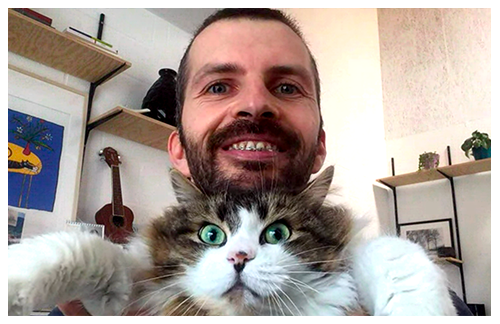 The invention of smartphones has lead to a new form of communication that brings about an over-saturation of images that eventually lose meaning. This projects returns to a human level: raw portraits, shot on the spot without filters of people in their daily lives.
The encounter does not last more than two minutes: just a moment to get to know them and capture a piece of their existence. The spontaneity with which they pose without really presenting themselves with flattering self-consciousness is disconcerting.
Confronted with shyness, Pierre Marino-Smette must fight every encounter to get his way. At the sight of a coveted number, his heart beats faster…
We are not numbers but that does not prevent us from wearing them regularly. We proudly display them. Marketing gurus understand that. 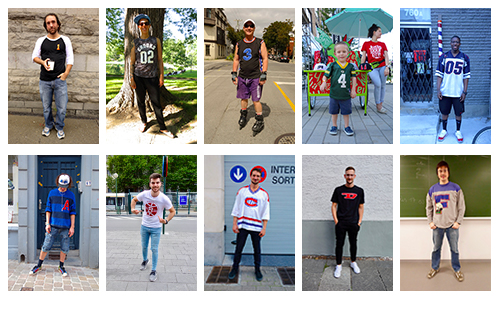 The game goes on with my alphabetic vision of fashion. From A to Z. 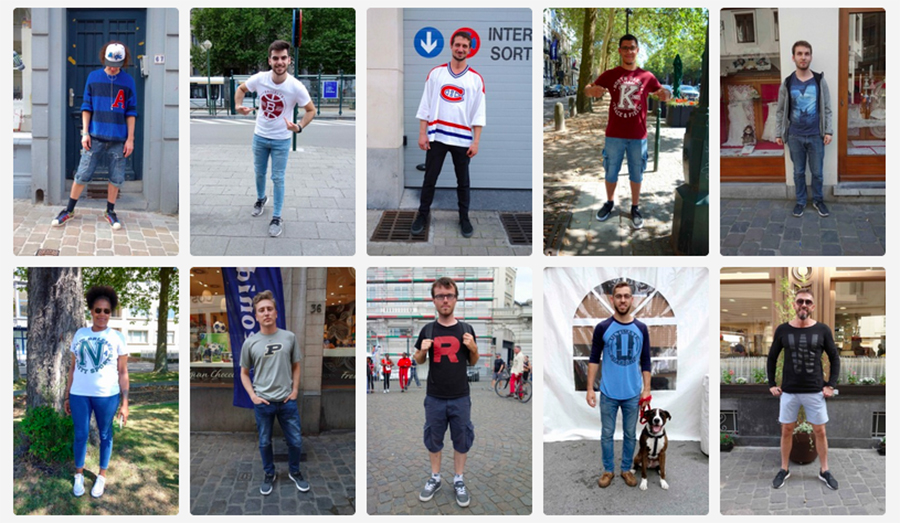 During the Covid 19 confinement, I spent my short daily walkings to complete my collection, started shortly before, of the 1 to 100 most beautiful facade numbers spotted in my neighborhood, Ixelles (Brussels, Belgium), to show its beauty and its diversity.
Each house entrance is a portrait of the people who live behind it.
The choice of font, color, material, size, ... and, of course, the background: each detail tells a story. 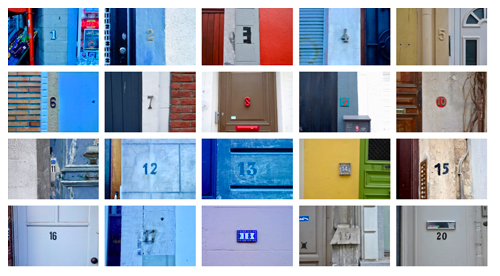 They're here but not for so long. They come and go by, just as time does. They leave their prints and disappear. Just a simple day life. People like you and me. Tough they magnify their environment. Unless it's the opposite… What are they up to?
Let's follow them one last time. 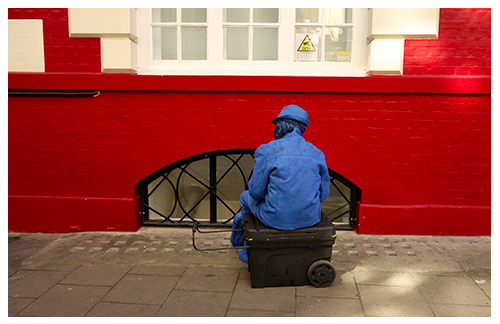 Dogs have styles. Their own and the ones their masters make them wear.
These long time companions make us laugh and, most important, they share our life for better and for worse. But they always remain loyal to us.
It’s a dog eat dog world out there, as people say.
So, please, do not abandon them! 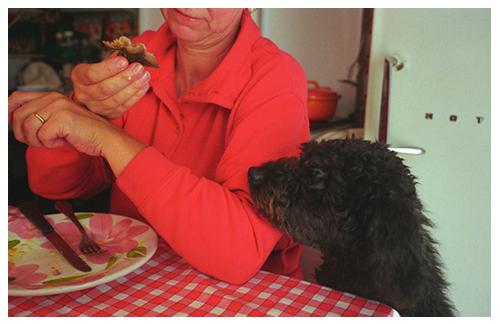 Cats. Furry, daring, loving, proud, wild, sweet pet friends.
We love being ignored by them, and then attacked by surprise until they fall asleep on your legs, warming up your cold day and bringing some rest and stress relief procured by the sound and vibrations of their purrrrrfect engine.
The flat country and its mine hills. 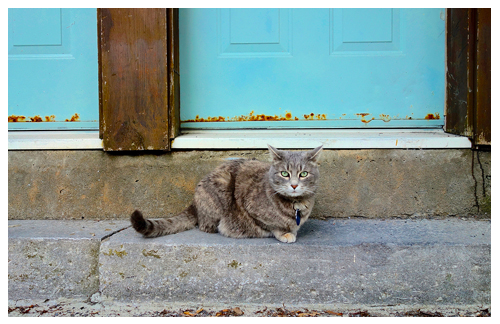 The low sky and its milky way colors.
The grey sea and its wet sand.
But also the human warmth, the smiles, the chocolates, the beers and the parties.
Belgium is way richer, more complex and offbeat than the image that most one-day visitors think of it. Belgian stories are not always the ones we think about. 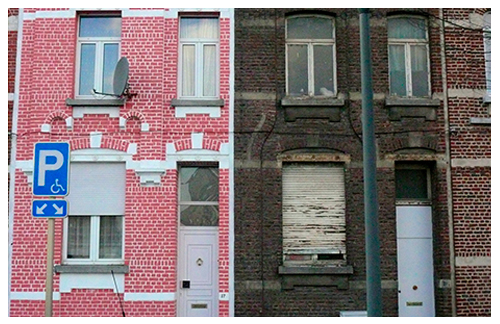 Since the 80's, art is more and more present in the streets, in all its forms: graffiti, yarn bombing, collages, sculptures, etc.
This heritage is even richer when it interacts with his environment. Therefore, for a instant, under the eye of the camera, a new meaningis emerging, that can be humorous, philosophical or more. 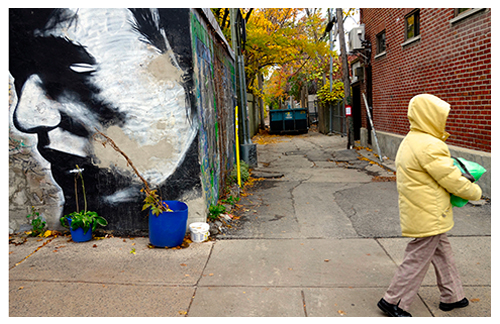 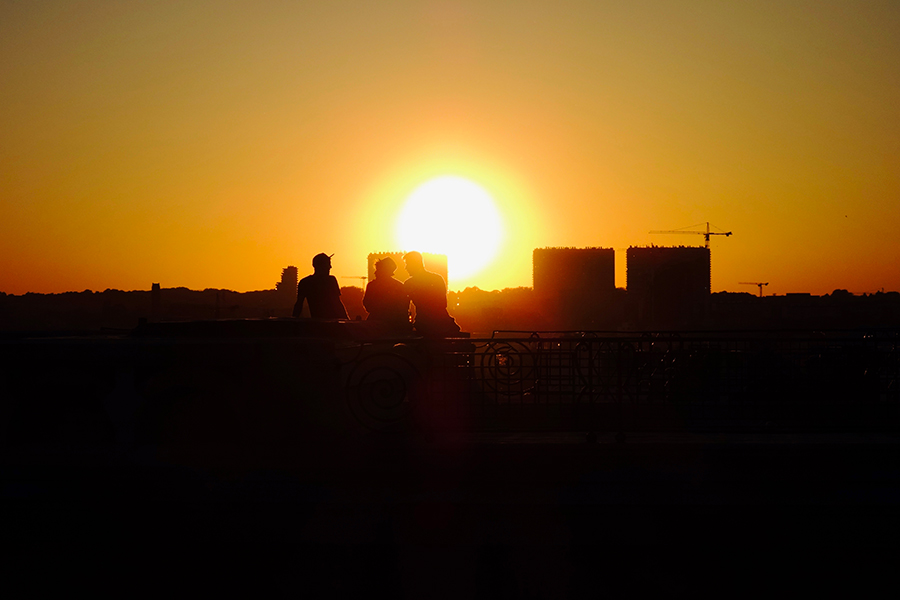